A series of posters produced by Swansea University and Coleg Cymraeg Cenedlaethol promoting the use of the Welsh language in healthcare in Wales. 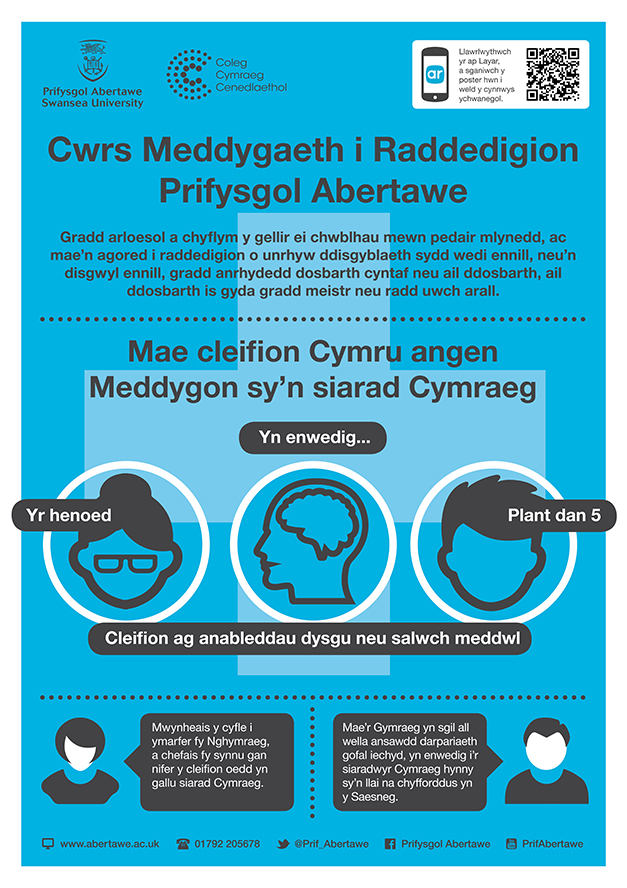 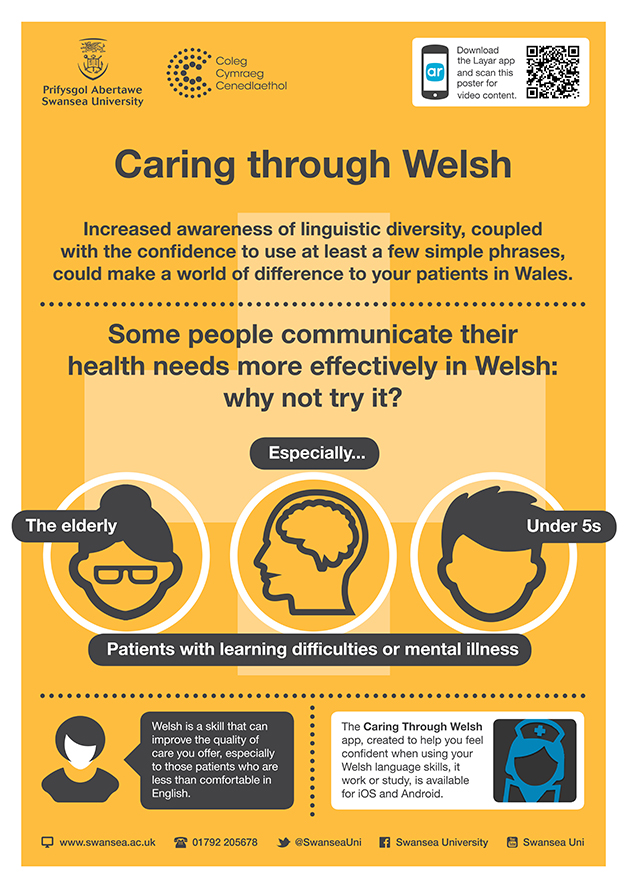 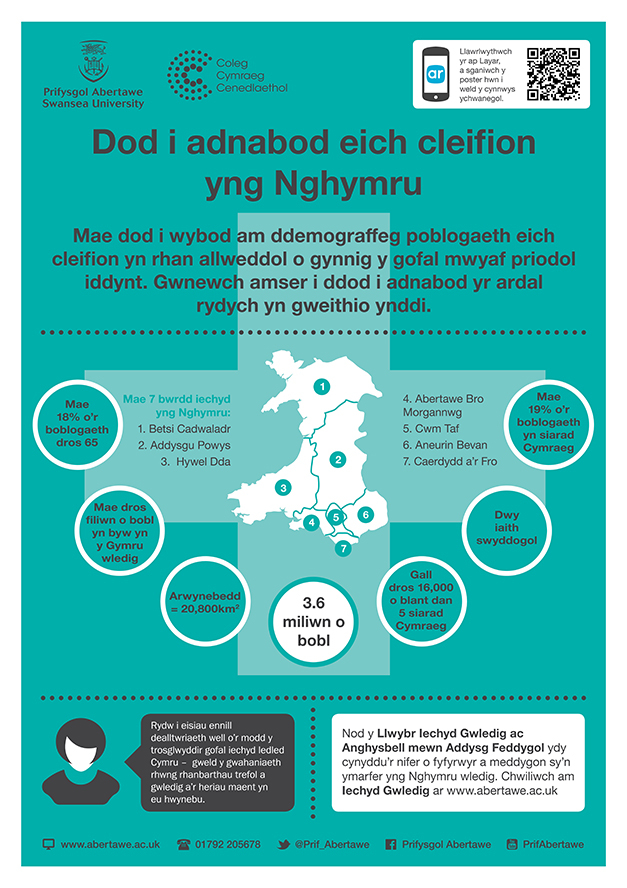 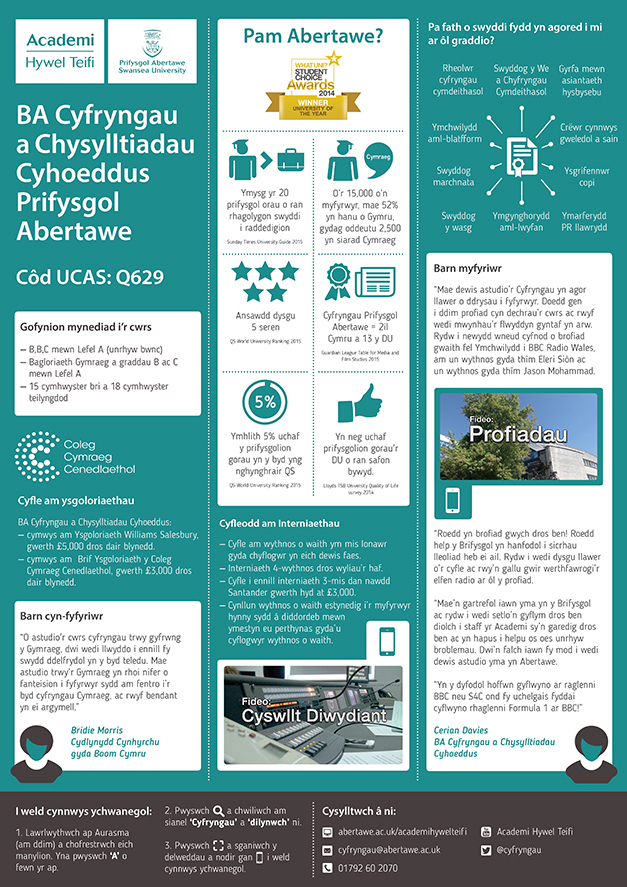 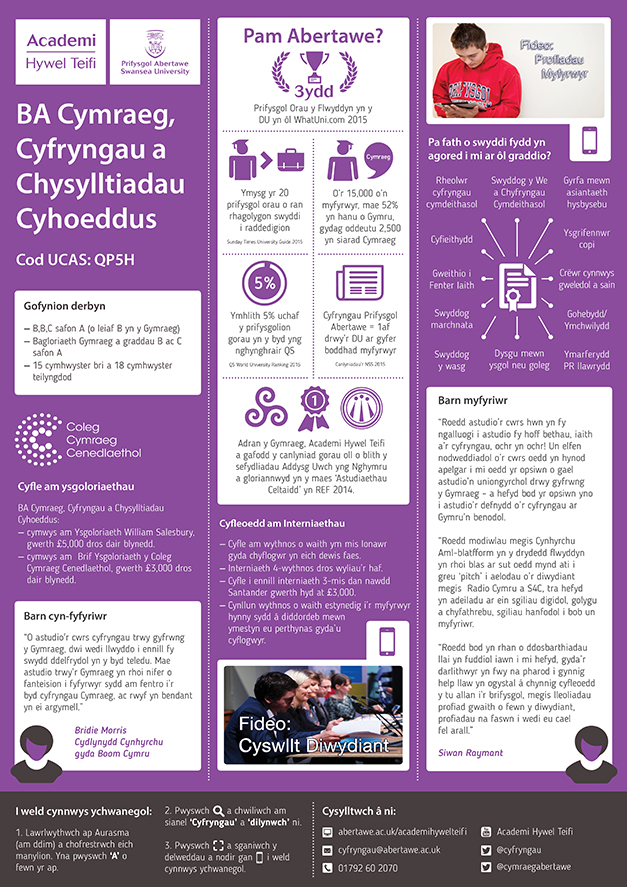 Welsh-language display materials for Swansea University’s stand at the National Eisteddfod in August 2014.

The display consisted of two walls, featuring six panels of information detailing the University’s past, present and future, as well as its commitment to research and the Welsh language. 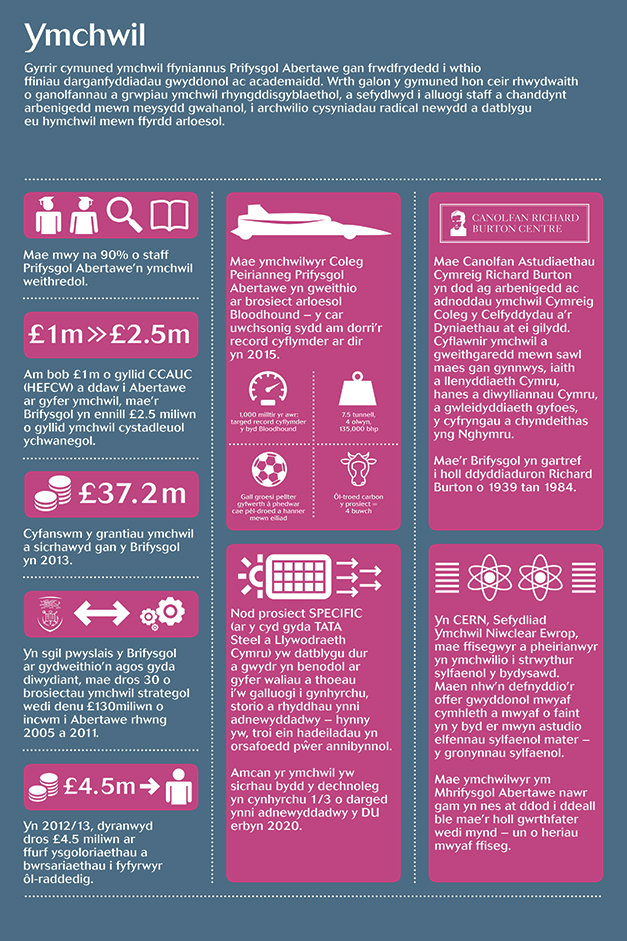 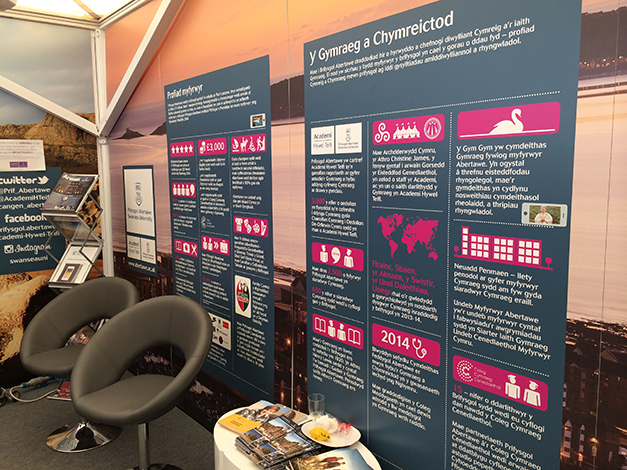 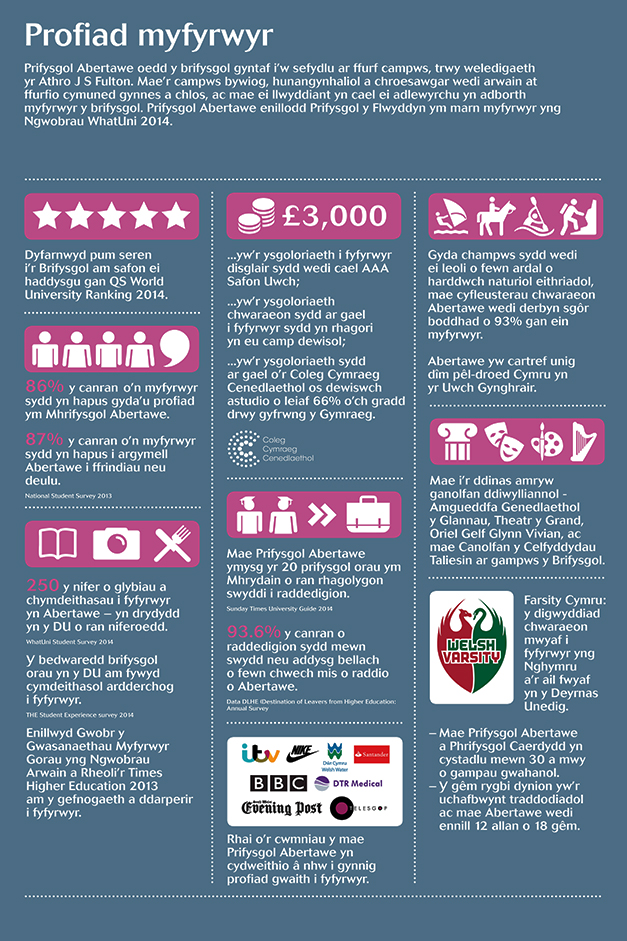 Print advertisement for the University’s Welsh-medium BA course in Media and PR (Cyfryngau a Chysylltiadau Cyhoeddus). 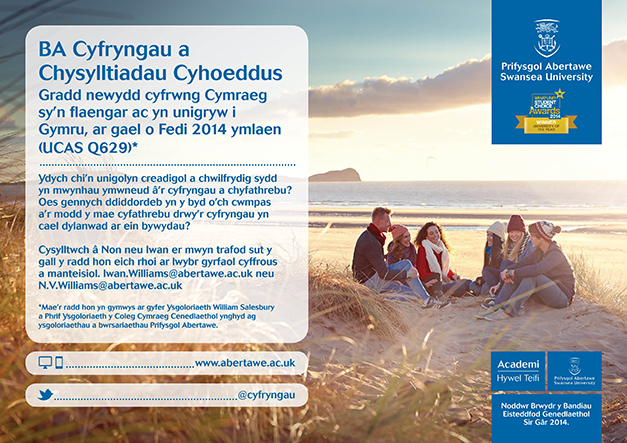 Email design for UCAS campaign to prospective students for the three Welsh-medium Media courses offered by the University.